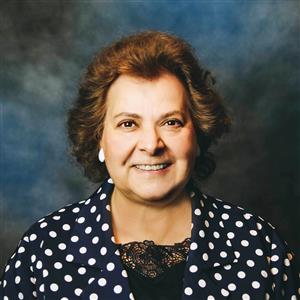 Oneida-Herkimer-Madison (OHM) BOCES World Language Consultant Lucille Matt was recently honored as the recipient of the 2019 Dorothy S. Ludwig Memorial Award for service to the world languages teaching profession by the New York State Association of Foreign Language Teachers (NYSAFLT). Matt was presented with her award during the NYSAFLT annual meeting held in Saratoga Springs on November 1.

Matt has 43 years of teaching experience, including 31 years in the Whitesboro Central School District where she served as Department Chair. She has also taught on the collegiate level at both Mohawk Valley Community College and Utica College, and worked as a substitute French teacher in the Holland Patent Central School District.

In her current role as a World Language Consultant, Matt devotes her time and energy to improving world languages instruction and assessment throughout all of the districts served by the OHM BOCES.

Additionally, Matt has worked on and helped to successfully complete four Administrative Manuals for the Checkpoint A and Checkpoint B World Language examinations, which include appropriate rubrics for scoring writing samples, sample conversation/roleplays, guidelines for administration of each part of each examination, and scoring and reporting forms for each level. She also works with other team leaders in the creation and editing of the January and June Checkpoint B examinations in French and the June Checkpoint A examination in French.

In her nomination, Matt’s colleague Donyce McCluskey noted “Lucille does all this with expertise and attention to detail. She never waivers in her efforts to achieve excellence for all -- both students and colleagues. She is caring, professional, persistent, and always focused on putting forth her best efforts, no matter what the task at hand. We who work in World Languages at OHM BOCES are fortunate indeed to work with her on a regular basis.”